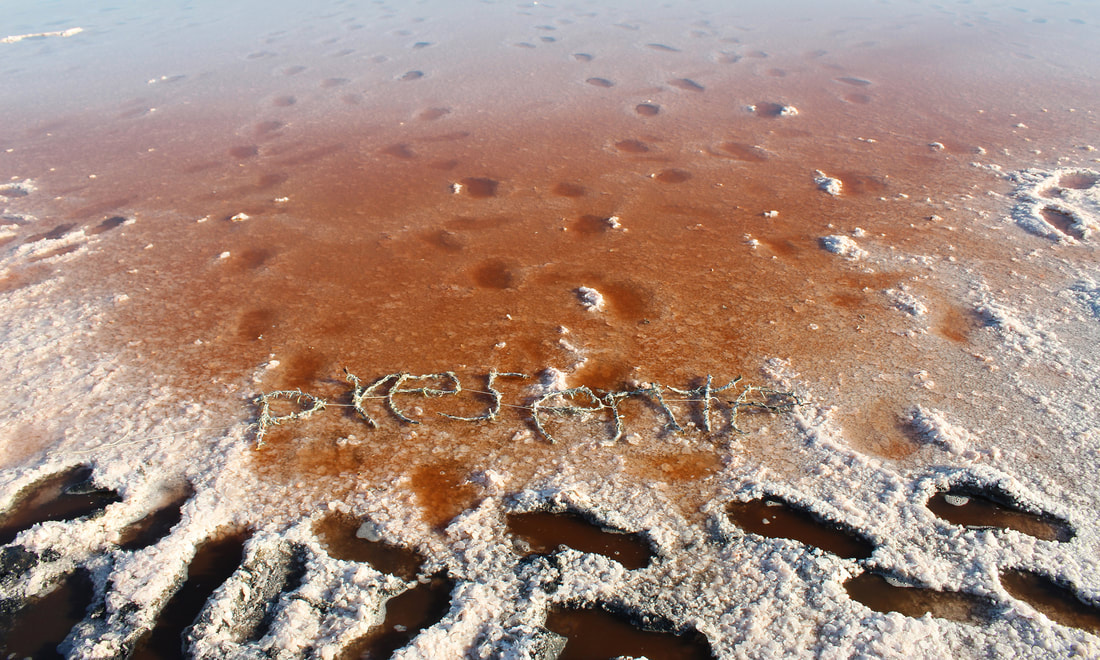 I carry words formed out of branches and leaves into spaces I fear as a woman of color.  These spaces of wilderness hold histories of persecution and my writings on land allow for statements to be spoken.  Presente– in spite of all the history the land carries, I am present.
​
As I enter Sal del Rey, the pathway to reach the salt lake is surrounded by monte.  El monte, a wilderness, is unknown to me.  Entering is as much a  promise of paradise as of threat.  For years, the space of el monte has been used for violence and magic.  I find it difficult to enter the space of Sal del Rey as a Wildlife Refuge and forget the atrocities border communities endured and continue to endure in this land.  I enter the space with letters I formed out of mesquite branches and fresh sage.  As I step to the shore line, my body sinks.  I place the word "presente", a cry of protest I have learned to say to validate the precarious life of politicized bodies.  Presente.  Presente, on top of salt, red water and mud as a way to declare and harmonize.  See more... 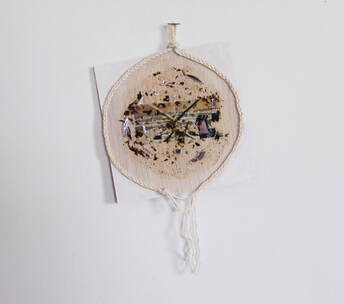 ​As a little girl, I imagined myself among the countless injured bodies photographed in newspapers.  I saw myself laying, up against and breathless.  Within my neighborhood, the violent images and its stories would travel in word of mouth.  Instead of engaging in witnessing their suffering, we often further criminalized and victimized the dead.  The recurrent images of bodies in pain and the dead weigh on me.  This predisposed presence in this printed manner tears me apart.

I go out searching for pieces of material to make myself whole again.  I turn to sage, broken mirrors and circles to reorganize harmoniously the presence of photographs in newspapers that carry injury to my immigrant community.  I sense the energy of each material as I disperse them in a circular motion: the brokenness of mirrors and the possibility of seeds.  I mirror those that gaze onto the work to ask for their engagement and to form part of the picture.  Within layers, I unite fragments without hiding traces of agony.  I enclose all pieces with a circle that unravels at its ends and on top of a muted structure.  I move them around this circle to create possibilities like the possibility of fragments being set free.  ​   See more... 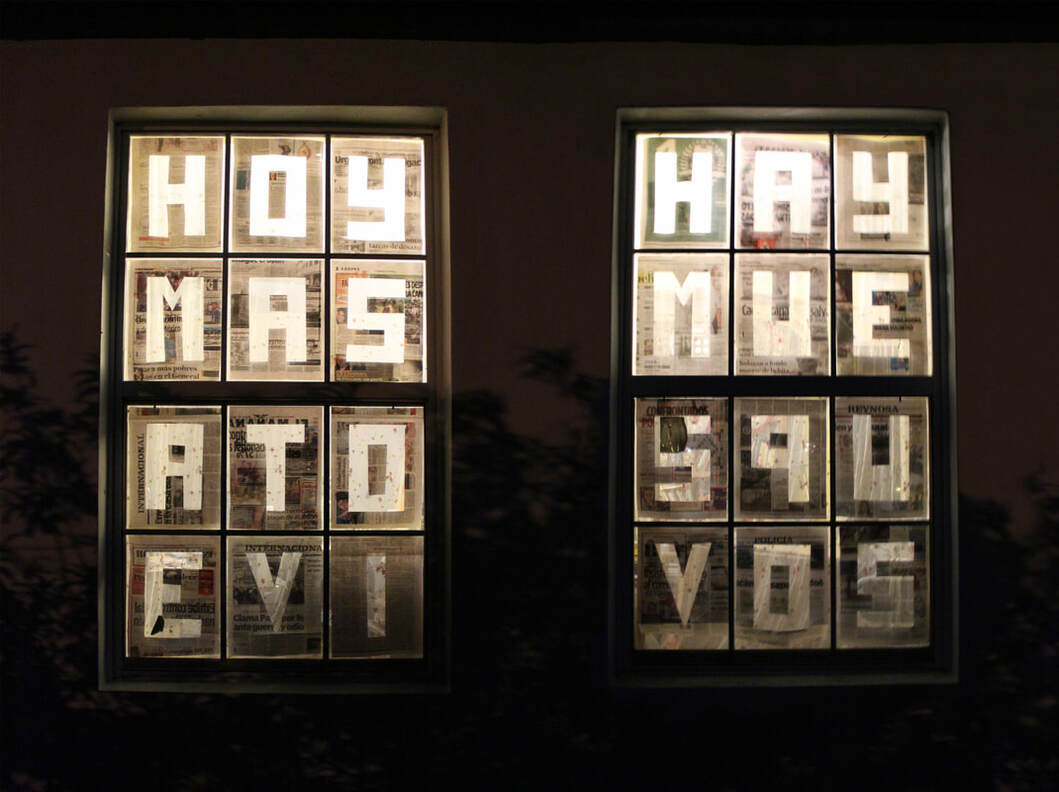 As a way to lessen the sun entering our home, my mother tapes newspapers on windows.  In our household, newspapers have functioned as barriers from the hazardous nature of the outside world.  As I take shelter at home, I place newspaper letter cutouts on windows to form a dialogue rather than to shut out outwardly.  In the phrase "hoy hay más muertos que vivos" [today, there are more dead than alive], I dialogue with my Mexican American border community to shed light on the experience of living with a daily death count.​
​
​hoy hay mas muertos que vivos [there are more dead than alive] forms part of ART-IN-SPACE, a new initiative for Terrain Exhibitions and CNL Projects.
"ART-IN-SPACE invites artists to exhibit an original work of art to be displayed outside their home or from a window visible for the public.  This collective action provides artists and community members in Chicagoland and beyond with a sense of hope and connectivity."  See more...
​ 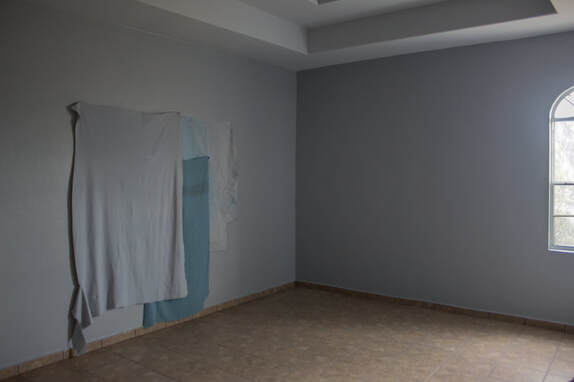 Seamlessly, I place retazos in relation with each other and the space they occupy as I perceive we relate to each other and space— a borderless multitude of one. ​